IDF in the News

The Insurance Development Forum (IDF) is pleased to announce the appointment of Ekhosuehi Iyahen as its first Secretary General, effective 1 October 2018. The IDF is a public-private partnership led by the insurance industry and supported by international organisations. It aims to enhance the use of insurance to build greater resilience against disasters and to help achieve the United Nations 2030 Agenda.

As the IDF’s first Secretary General, Ms. Iyahen will be a visible and central point of contact for the IDF, establishing and building out the IDF Secretariat in London hosted by the International Insurance Society. She will also support the design, development and implementation of the IDF’s operational activities.

The IDF Secretary General will support and manage the IDF’s implementation efforts, driven by an Operating Committee and led by a high-level Steering Committee of 29 public and private sector leaders, including the United Nations Development Programme and the World Bank Group.

“The appointment of Ms. Iyahen as Secretary General comes at an important moment in the IDF’s development, complementing its current thought-leadership, partnerships and industry-shaping activities with a more operational focus,” said Stephen Catlin, Chair of the IDF Steering Committee.

“We are very pleased to have been able to attract a person of the caliber and wealth of experience of Ms. Iyahen,” added Denis Duverne, incoming Chair of the IDF Steering Committee.

“The IDF has already established itself as a unique and influential body in the insurance and development arenas and I greatly look forward to supporting its development in its next important, operational phase,” said Ms. Iyahen.

The Secretary General appointment comes ahead of the IDF Steering Committee meeting in Monte Carlo on 11 September, which will be attended by more than 20 insurance industry and public-sector leaders.

Established in 2016, the IDF has played an important role in fostering public-private dialogue on the insurance- international development nexus and has helped shape policies and encourage innovation with industry insurance products and investment practices.

The IDF has mobilized more than 500 people from industry, NGOs, regulators, academia and international institutions to prepare pilots, develop and advocate best practices and transparency principles and support the design and development of critical funding facilities, set up by the UK, Germany and the World Bank.

“The IDF Working Groups have made early progress and now the appointment of a Secretary General and the creation of the Secretariat will enable the IDF to evolve to the next phase of operational impact. I have known Ekhosuehi since 2014 and witnessed her extensive capabilities and achievements. We are delighted that she has decided to apply that experience to support the IDF,” said Rowan Douglas, Chair of the IDF Operating Committee and Head of Capital, Science and Policy Practice at Willis Towers Watson.

Governance Structure: The IDF is led by a Steering Committee which is chaired by a senior insurance industry representative and co-chaired by the CFO of the World Bank Group and the Administrator General of the United Nations Development Program (UNDP). The Steering Committee comprises of another 26 private and public- sector leaders including AIG, Aon, Association of Bermuda Insurers and Reinsurers, Aviva, AXA, Axis Capital, Bank of England, Co-operators Group, French education mutual, Geneva Association, International Insurance Society, the International Cooperative and Mutual Insurance Federation, Lloyd’s, Marsh & McLennan, Munich Re, Scor, Swiss Re, Tokio Marine, UN OCHA, UNISDR and Willis Towers Watson. Under guidance of the high-level Steering Committee, the IDF’s implementation efforts are led by an Operating Committee which is supported by the IDF Secretariat led by the IDF Secretary General. The IDF is hosted by the International Insurance Society.

Ekhosuehi Iyahen worked from 2008 to 2013 for the Caribbean Catastrophe Risk Insurance Facility in various capacities. She joined the African Risk Capacity in 2014 as Lead Client Service Manager for Risk Transfer and was promoted in 2016 to Director, Policy and Technical Advisory Services. She holds a BA from the University of West Indies, an MSc from the London School of Economics and an Executive certificate from Harvard University’s John F. Kennedy School of Government. In 2018 she was selected as Rockefeller Foundation Resident Practitioner Fellow at the Bellagio Centre. 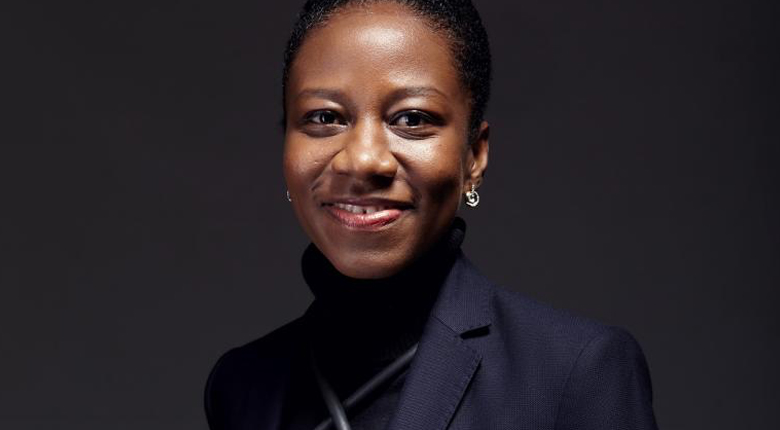