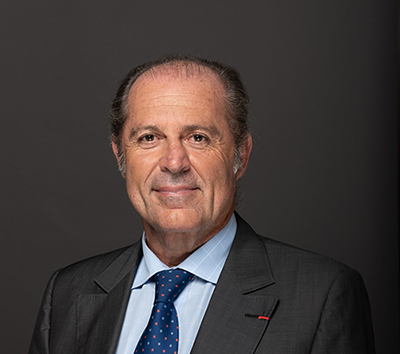 A French native born in 1960, Donnet graduated from the École Polytechnique in Paris in 1983 with a degree in Engineering and then went on to the Institut des Actuaires where he completed his studies in 1991.

– In 1983, he held the position of Sales Director at Maison Phenix.

– In 2007, he became the Managing Director for Asia Pacific at Wendel Investissements, Singapore.

– In 2010, he co-founded the investment management company HLD in Paris.

– In October 2013, he joined Generali as Country Manager Italy and CEO of Generali Italia S.p.A.

– On 12 May 2016, he was appointed Chairman of the Board of Directors of Generali Italia S.p.A.

• Member of the Board of Directors of Fondazione Generali – The Human Safety Net ONLUS.

• Member of the General Council of Fondazione Giorgio Cini.

• From February 2015 to February 2018, he was Chairman of the MIB Trieste School of Management.