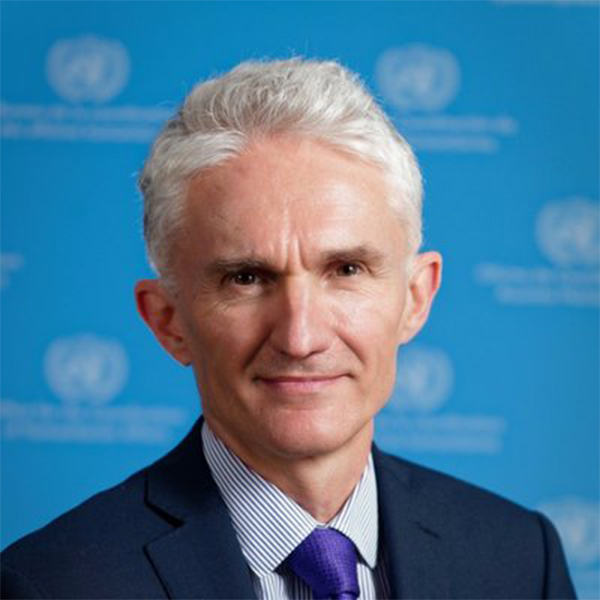 UN Under Secretary-General for Humanitarian Affairs and Emergency Relief Coordinator

UN OCHA (Office for the Coordination of Humanitarian Affairs)

With more than 30 years of humanitarian and development experience, Mr. Lowcock serves as the chief coordinator of the world’s humanitarian response in times of urgent crisis.

In his most recent position as Permanent Secretary for the Department for International Development (DFID), Mr. Lowcock led the United Kingdom’s humanitarian response to conflicts in Iraq, Libya and Syria, and to natural disasters in Nepal and the Philippines.

Having served for extended periods in Kenya, Malawi and Zimbabwe, and with a subsequent designation as a Qualified Accountant, Mr. Lowcock brings a personal and analytical approach to humanitarian challenges. His leadership of a large and complex public organization has provided critical experience for his work as the world’s chief humanitarian advocate.

Mr. Lowcock holds a Master of Science in Economics from the University of London and a Bachelor of Arts in Economics and History from Oxford University. He is married to Julia Watson and they have two sons and a daughter.