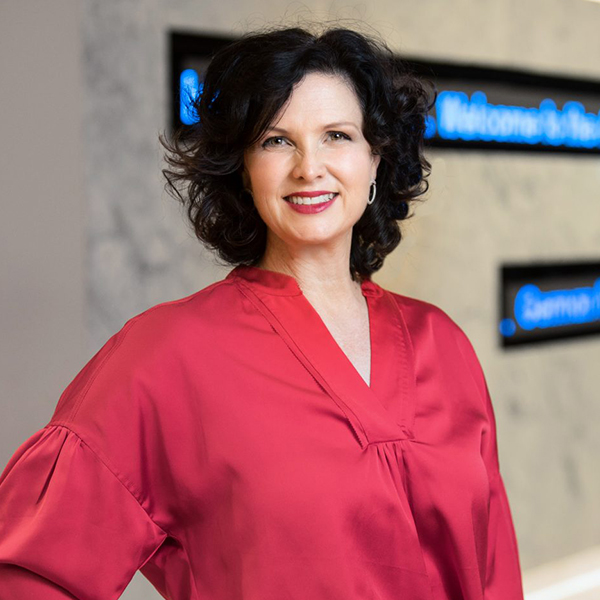 As Senior Vice President of The Adrienne Arsht – Rockefeller Foundation Resilience Center, Kathy Baughman McLeod is leading and expanding the Center’s work to develop scalable policy, financial and technological solutions to build the resilience capacity of individuals, communities and institutions. Baughman McLeod comes to the Atlantic Council from Bank of America where she was Global Environmental and Social Risk Executive, and is former managing director of Climate Risk and resilience at The Nature Conservancy. She was an Energy & Climate Commissioner of the state of Florida, a policy fellow of the French Foreign Ministry and holds an MBA and MS in Geography.

Kathy Baughman McLeod is the director of the Adrienne Arsht–Rockefeller Foundation Resilience Center at the Atlantic Council. She leads creation and execution of the Center’s strategy to achieve its goal of reaching one billion people worldwide with resilience solutions to the challenges of climate change, migration, and security by 2030. She leverages the significant global network, policy expertise, and intellectual capital of the Atlantic Council with strategic partnerships to deliver innovative on-the-ground solutions.

Baughman McLeod is the former senior vice president, Global Environmental & Social Risk, for Bank of America. In this role, she led the bank’s environmental and social risk policy work including climate risk disclosure efforts across the enterprise, in select lines of business and throughout four global regions. She also helped use the bank’s global reach to advance low carbon and climate resilient investments toward reaching the bank’s commitment of deploying $125 billion in capital by 2025.

In her prior role as managing director, Climate Risk & Resilience for the Nature Conservancy, Baughman McLeod led a global team of fifty policy experts, scientists, and financial specialists focused on using natural infrastructure to reduce storm and flood risk throughout Latin America, Australia, Asia, the US, and the Caribbean. She also launched the organization’s insurance initiative that creates market-based products that protect nature and coastal economies, as well as the Conservancy’s humanitarian initiative focused on climate disaster risk reduction called“Nature Protects People.”

A published author and award-winning producer of the documentary film series,The Nature of People, Baughman McLeod was a policy fellow of the French Foreign Ministry and an appointed member of the Florida Energy & Climate Commission. She holds an MBA from Duke’s Fuqua School of Business, an MS in geography, and a BS in international affairs from Florida State University.