Member of the IDF Steering Committee 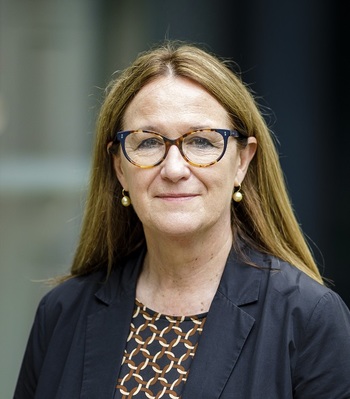 Member of the Management Board

Ingrid-Gabriela Hoven is a Member of the Management Board of GIZ (Deutsche Gesellschaft für Internationale Zusammenarbeit GmbH), a leading development agency which supports the German Government in achieving its objectives in the field of sustainable development. She assumed her role on 1 October 2020.

Ms. Hoven is a development economist with more than 30 years of international experience with a strong focus on sustainability and climate issues.

From 2010 to 2014, Ms. Hoven served as World Bank Group Executive Director representing Germany. Prior to this assignment and thereafter, Ms. Hoven held various high-level positions in the BMZ (German Federal Ministry for Economic Cooperation and Development), i.e.  as Director-General focusing on displacement and migration, governance, climate change mitigation and sustainability. In this position she co-initiated global partnerships such as “InsuResilience” and the “NDC Partnership” as collaborative platforms to accelerate the implementation of the Paris Agreement on climate change. She represented BMZ on the governance boards of the Global Fund (GFATM), the Vaccine Alliance (GAVI), the Green Climate Fund and the Global Centre on Adaptation.

Ms. Hoven studied economics and political science at Justus-Liebig University Giessen and Universite’ Paris IX/Dauphine. She is alumna of the postgraduate program of the German Development Institute (DIE).