IDF in the News

The Insurance Development Forum (IDF) is pleased to announce the appointment of Denis Duverne as Chair of its Steering Committee, succeeding Stephen Catlin effective 11 September 2018. The IDF is grateful for Mr. Catlin’s leadership and dedicated service during his tenure.

The IDF is a public-private partnership led by the insurance industry and supported by international organisations. It aims to enhance the use of insurance to build greater resilience against disasters and to help achieve the United Nations Global 2030 Agenda.

The organisation is overseen by a Steering Committee chaired by a senior insurance industry representative and co-chaired by United Nations and World Bank representatives.

Mr. Duverne is Chairman of AXA Group having held senior roles, including CFO and Deputy CEO, at the global insurer since 1995. He has been a member of the IDF Steering Committee since 2016.

Mr. Duverne will replace Mr. Catlin, founder and former CEO of Catlin Group Ltd, who has led the IDF as Chair since its creation in 2016.

During Mr. Catlin’s tenure, the IDF has supported a number of groundbreaking insurance developments, including the establishment of the Centre for Global Disaster Protection and the G20 InsuResilience Global Partnership by the UK and German governments. It has also driven critical initiatives on enhancing open source and transparent risk modelling, market-enabling regulation and partnerships with international institutions.

“From just a concept a few years ago, the IDF has mobilized an extensive network of experts and influencers in the insurance and development space and has made great strides in strengthening public-private dialogue. I’d like to thank the IDF founders and participants for all their hard work to get it to where it is today,” said Stephen Catlin.

“I would like to thank Stephen for his important contribution to the IDF as Chair. Over the past two and half years, he has managed to build an unprecedented public-private partnership. I am honoured to have the opportunity to lead the IDF in leveraging the insurance industry’s extensive expertise for real impact,” said Denis Duverne.

“Stephen has been critical in driving the IDF to become the platform for private and public sector collaboration on insurance and international development to achieve the UN development goals. I look forward to working with Denis, a leader in the private sector, to take IDF to the next operational level”, said Achim Steiner, UN Development Programme Administrator and IDF Steering Committee Co-chair.

“With his wealth of experience in leading a multi-national (re)insurer, Denis will be an invaluable asset in driving the vision of the IDF and its operational agenda, building on the strong foundations and partnerships created by Stephen”, said Joaquim Levy, Managing Director and World Bank Group Chief Financial Officer and IDF Steering Committee Co-chair.

“When Stephen became IDF Chair in 2016 it was a promising initiative, but he transformed it into a comprehensive Steering Group of industry leaders and has taken it to an entirely different level. I don’t know anyone else who could have taken this on and achieved it so successfully and we are enormously grateful for his drive and commitment.  I extend my warmest thanks to Stephen and welcome the incoming chair, Denis Duverne to build on these rich foundations,” said Rowan Douglas, Chair of the IDF Operating Committee and CEO of Capital, Science and Policy Practice at Willis Towers Watson

Governance Structure: The IDF is led by a Steering Committee which is chaired by a senior insurance industry representative and co-chaired by the CFO of the World Bank Group and the Administrator General of the United Nations Development Program (UNDP). The Steering Committee comprises of another 26 private and public-sector leaders including from AIG, Aon, Association of Bermuda Insurers and Reinsurers, Aviva, AXA, Axis Capital, Bank of England, Co-operators Group, French education mutual, Geneva Association, International Insurance Society, the International Cooperative and Mutual Insurance Federation, Lloyd’s, Marsh & McLennan, Munich Re, Scor, Swiss Re, Tokio Marine, UN OCHA, UNISDR and Willis Towers Watson. Under guidance of the high-level Steering Committee, the IDF’s implementation efforts are led by an Operating Committee which is supported by the IDF Secretariat led by the IDF Secretary General. The IDF is hosted by the International Insurance Society.

Denis Duverne has served as Non-Executive Chairman of the Board of Directors of AXA since 2016. He was previously Deputy Chief Executive Officer from 2010 and from 2003 Chief Financial Officer of the group, which he joined in 1995. 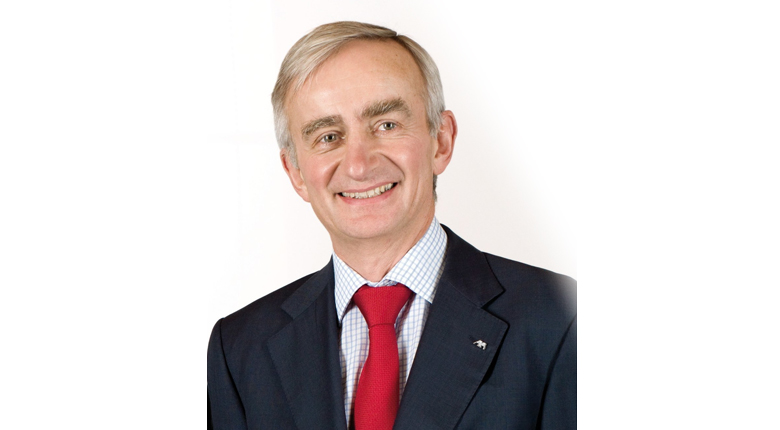